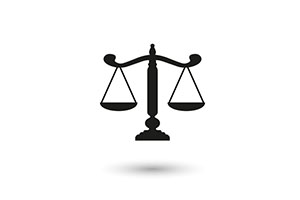 When an individual is found to have committed child abuse (physical abuse, emotional abuse, sexual abuse, or severe neglect), the case can be referred to Juvenile Court or not depending upon the severity of the abuse and the perceived need for court involvement with the parents. If the case is sent to Juvenile Court, then a parent would fight any allegation(s) of abuse in court, and Tot Law, APC attorneys are specialists in this fight. However, if the abuse case is not referred to Juvenile Court, then individuals found to have committed abuse are sent a letter indicating that their names have been sent to the Child Abuse Central Index – a list held by the Department of Justice which is accessed any time anyone undergoes a background check, applies for certain jobs, requests to be cleared to volunteer with children, etc., and that their names will remain on this list for the rest of their lives. If this occurs, the accused individual must contest this allegation of abuse in proceedings known as “CACI Grievance Hearings.”

Such CACI Grievance Hearings are very specialized legal proceedings with unique rules and requirements which would likely trip up non-lawyers (and even most lawyers who don’t regularly handle these types of cases), and specialists are necessary in order to give oneself the absolute best chance to get off the list and to live a normal life free of the restrictions mandated by inclusion on the index. Here at Tot Law, APC, we are such specialists, and we have been extremely successful at getting these abuse findings overturned such that our clients’ names are removed from the list.

The first thing an individual placed on the CACI must know is that the accused is given only 30 days from the date printed on the letter to send back the request for the CACI Grievance Hearing. If the request is not received back by Child Welfare Services’ Grievance Hearing Unit within 30 days of the initial letter being sent then Child Welfare Services can deny a hearing and permanently maintain that person’s name on the list.

Between the request for a hearing and the hearing itself, the person accused of committing abuse will have the right to view the evidence which CPS/CWS believes supports their finding. If a parent, the accused will also have the right to a copy of the file, but the process is more difficult (and a copy is not promised) if the alleged abuser is a non-parent. In these latter situations, Child Welfare Services often attempts to provide only 2 hours to view and take notes on the evidence against the accused individual.

The law is complicated in these matters, and the hearing itself is uniquely and unfairly biased against the person accused of committing the abuse. Notably, the hearing “officer” is actually another social worker (albeit a more senior one) in the same Child Welfare Services agency that made the finding that abuse occurred. As a result, we believe that success in this area requires an intricate knowledge of the applicable law, a dogged determination to ensure that incomplete and incorrect investigations are not allowed to stand as the basis to ruin people’s lives, as well as the respect of the officers presiding over these hearings which has been built on their knowledge that we have successfully won these cases against them many times before. Tot Law, APC attorneys are here to help in these situations, and we look forward to going to battle once more for you and your family.