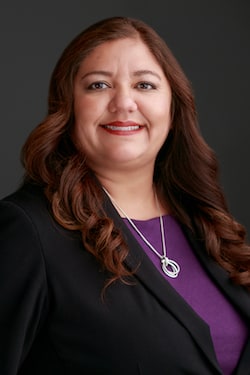 Linda A. Jazo is a founding partner at Tot Law, APC who has represented family law clients in San Diego County since 2004. Ms. Jazo represents clients in all aspect of family law, including child custody and visitation, child and spousal support, division of assets and debts, and restraining order matters.

In 2001, Ms. Jazo earned a Master of Education in Human Development and Psychology from Harvard University, before returning to California to attend the University of California, Hastings College of the Law. While earning her JD in San Francisco, Ms. Jazo met Elizabeth Pulido Swiller and Paul A. Swiller who would later become her co-founding partners of Tot Law, APC.

Upon being admitted to the bar in December 2004, Ms. Jazo opened her own law practice and remained a sole practitioner until partnering with Elizabeth Pulido Swiller in 2007 to form the law office of Jazo & Swiller. Jazo & Swiller later joined forces with Paul A. Swiller from Tot Law, APC to create a one-stop shop for all matters involving children, parents, relatives, and prospective parents.

Ms. Jazo’s education, cultural, and legal experience combined with her strong work ethic gives her clients an edge in and out of the courtroom. Her educational background in child psychology, education and, sociology gives her a unique perspective in dealing with high conflict matters.