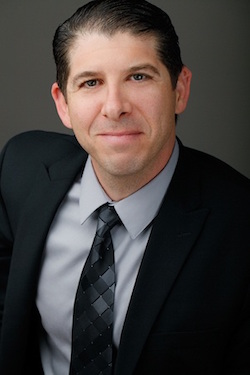 While attending law school at the University of California, Hastings, Mr. Swiller participated in volunteer programs such as the Civil Justice Clinic and taught Street Law to children at Juvenile Hall.

Upon graduating from law school, Mr. Swiller worked for the Public Defender’s Office, Juvenile Dependency Division and Dependency Legal Group where he was appointed as minor’s counsel for 5 ½ years. During his time as minor’s counsel, Mr. Swiller represented thousands of foster children in San Diego County and honed his skills as a litigator as Mr. Swiller conducted hundreds of trials throughout those years. It was at that time that Mr. Swiller took note of the numerous legal issues affecting children and their care providers and decided that Southern California needed a legal office which could meet all of these needs under one roof. Thus, Tot Law, APC was founded as the first firm of its kind.

Since opening up Tot Law, APC, Mr. Swiller has continued his advocacy for children, parents, relatives and foster care providers. Mr. Swiller also serves as an appellate attorney for Juvenile Dependency cases and is appointed in all 6 districts throughout the State of California. As an appellate attorney, Mr. Swiller represents parents in appeals involving jurisdiction and disposition hearings and termination of parental rights decisions. Mr. Swiller’s extensive appellate experience enhances his knowledge in the field which is a benefit to his clients.

During his free time, Mr. Swiller enjoys spending time with his wife, their three children and their 2 dogs. He also enjoys coaching his children’s soccer teams.